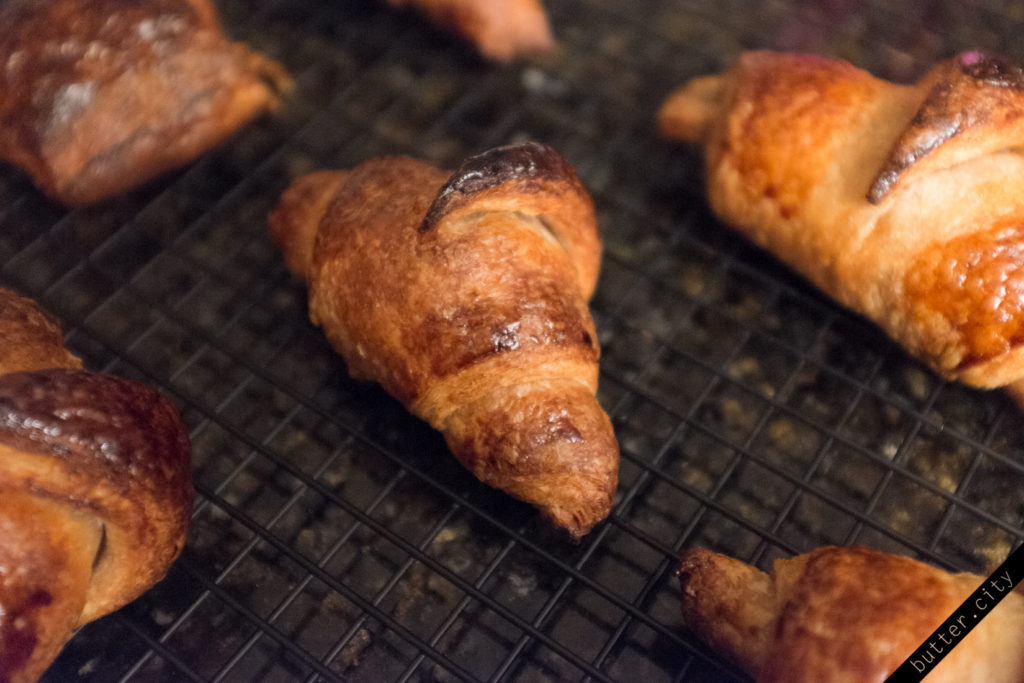 This was an experiment to see if I could make whole wheat croissants. From doing web research, it seemed like it was not recommended, because whole wheat has less gluten and is generally less heavy, so croissants don’t turn out fluffy and light. I would agree with that, but maybe it was worth the slightly nuttier flavor? Personal preference I suppose, since let’s be real, nobody’s going to say no to a fresh croissant, even if it’s not Costco-level fluffy.

I followed my go-to croissant recipe, but I probably took some shortcuts here without letting the dough fully rest between foldings. Which probably also contributed to flatter, less fluffy dough. Oh well! You live and you learn and you eat “failed” croissants 🙂 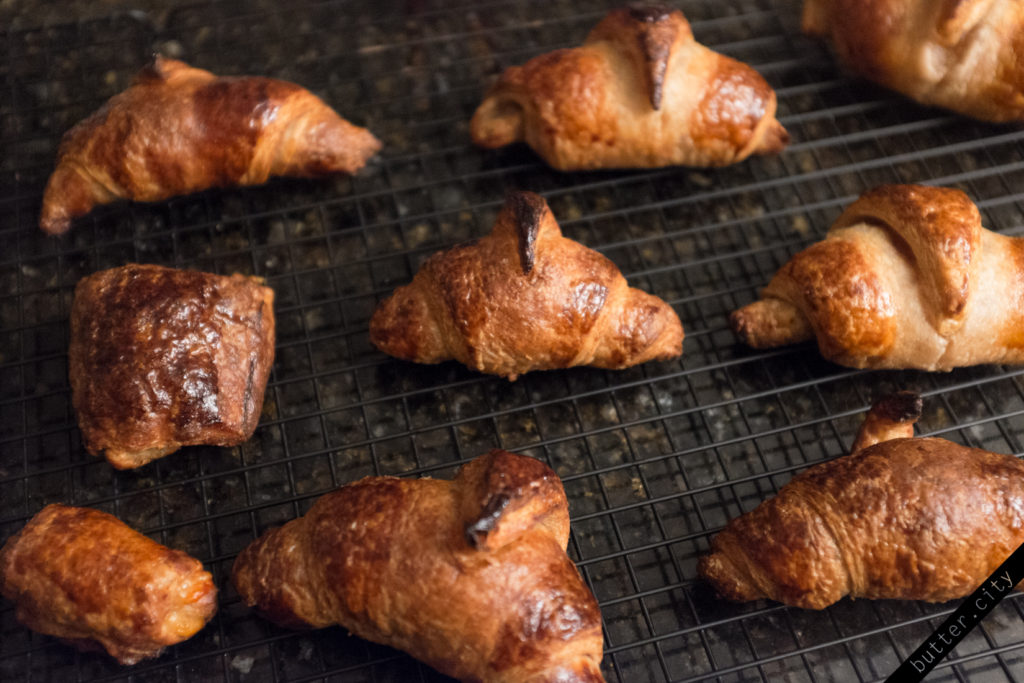