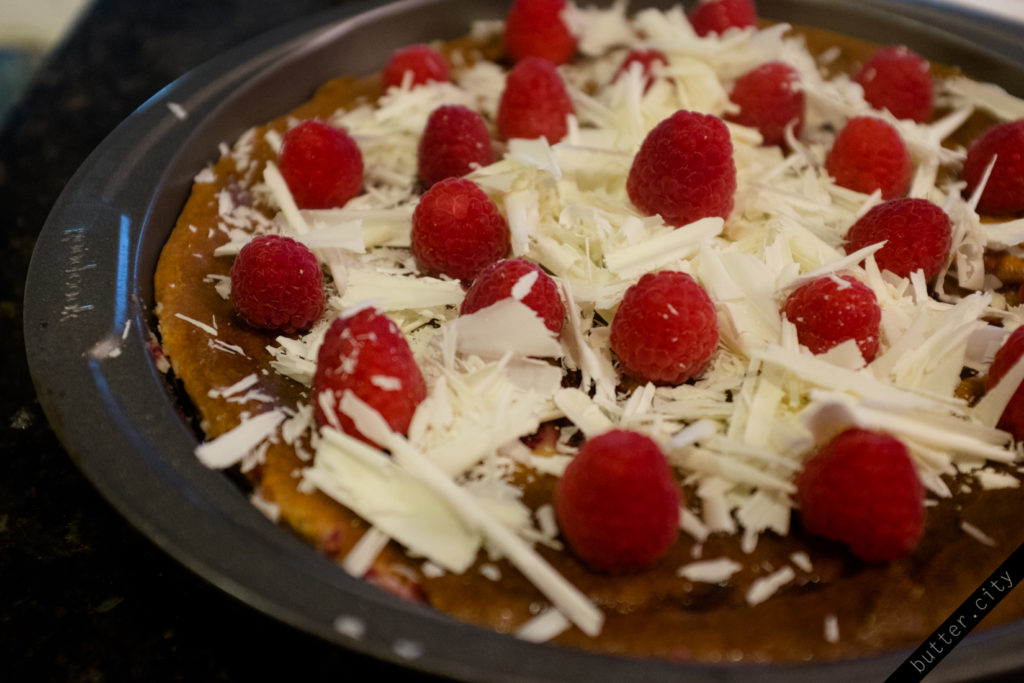 Well, to be more specific: Junior’s White Chocolate & Raspberry Swirl Cheesecake with Junior’s Sponge Cake Crust. This is the longest recipe I’ve logged on Butter.City so far. It’s probably the longest a recipe can be in its entirety before I lose interest and. I guess it didn’t help that I made the full portion of this cheesecake, which is a lot of cheesecake. Volumes were much larger than typical for me. But you know, I did it, with just a teeny tiny snafu (overbaked the cheesecake – but luckily no burnt aroma). If you are up for a challenge, this cheesecake was definitely pretty delicious. It was on the sweet side though, I’d probably take out a third of the sugar next time.

END_OF_DOCUMENT_TOKEN_TO_BE_REPLACED 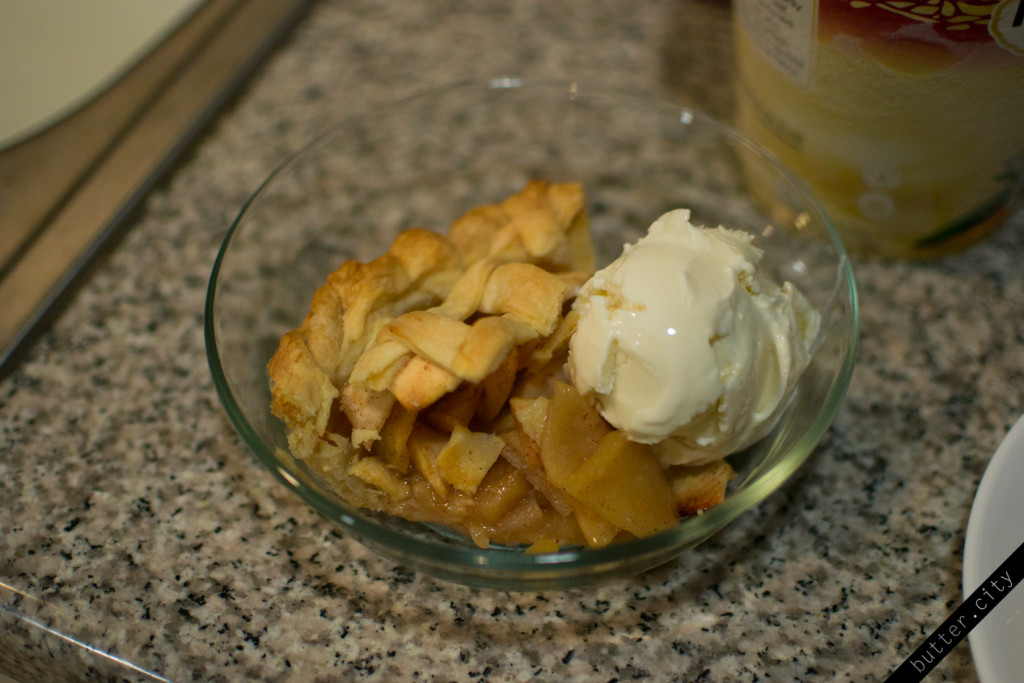 Apples are finally popping up at our farmer’s market – it’s almost fall! There’s just something about thin little slices of crisp apples that has the greatest mouthfeel. For most people, anyway. And for Stanley, who claims that all apples aren’t moist enough, there is apple pie.
END_OF_DOCUMENT_TOKEN_TO_BE_REPLACED

I got limes from Costco…. which means I literally still have 20 limes in my refrigerator. What to do with them other than bake?

Alas, my first attempt at a (key) lime pie was unsuccessful, because of a couple of reasons. I followed All Recipe’s highly rated recipe, but divided by 3. Used 1/2 c graham cracker crumbs + 2 Tbsp butter for a homemade crust. Zest and juice from 3 limes. Amount was perfect for one 6″ pie pan, which fits in my toaster oven. But…

No picture. Too ugly! Just trust me.

Taste-wise, the pie turned out ok. Next time I’ll make sure I have enough condensed milk before starting the recipe.. 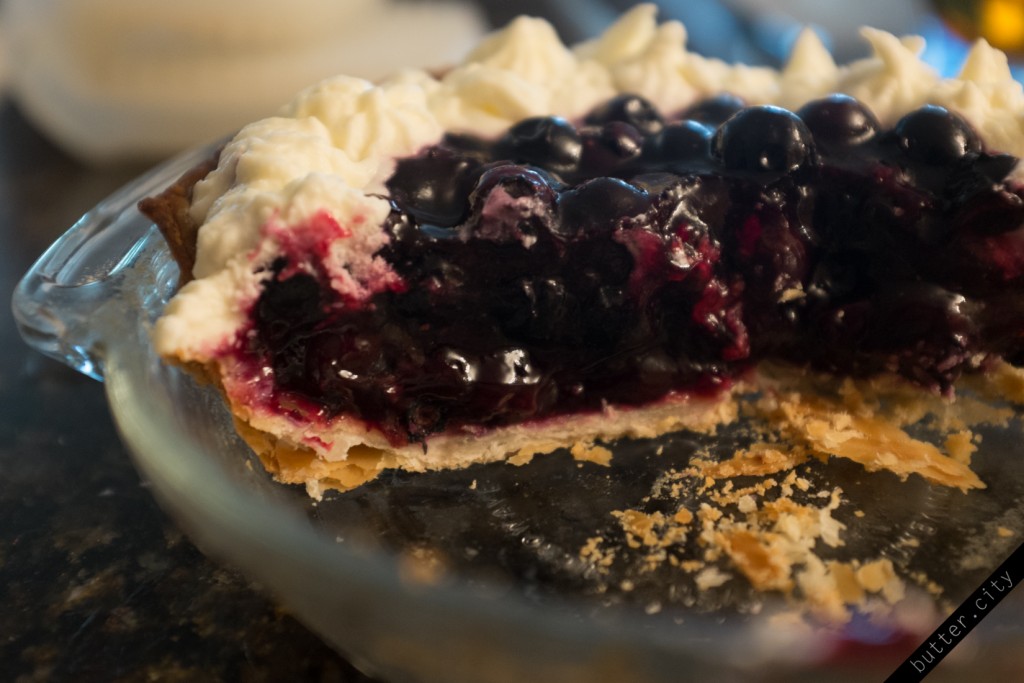 Berry season is among us!!! Funny thing is, I never used to like blueberries, and now I blink and my snack bowl is empty. I think of them as the most superior among all berries, perhaps even higher-rated than strawberries, because they don’t have leaves to cut off. Rinse and consume, so simple and delicious. But here’s another option: put in something like 10 minutes of effort and come out with this fresh blueberry pie.
END_OF_DOCUMENT_TOKEN_TO_BE_REPLACED 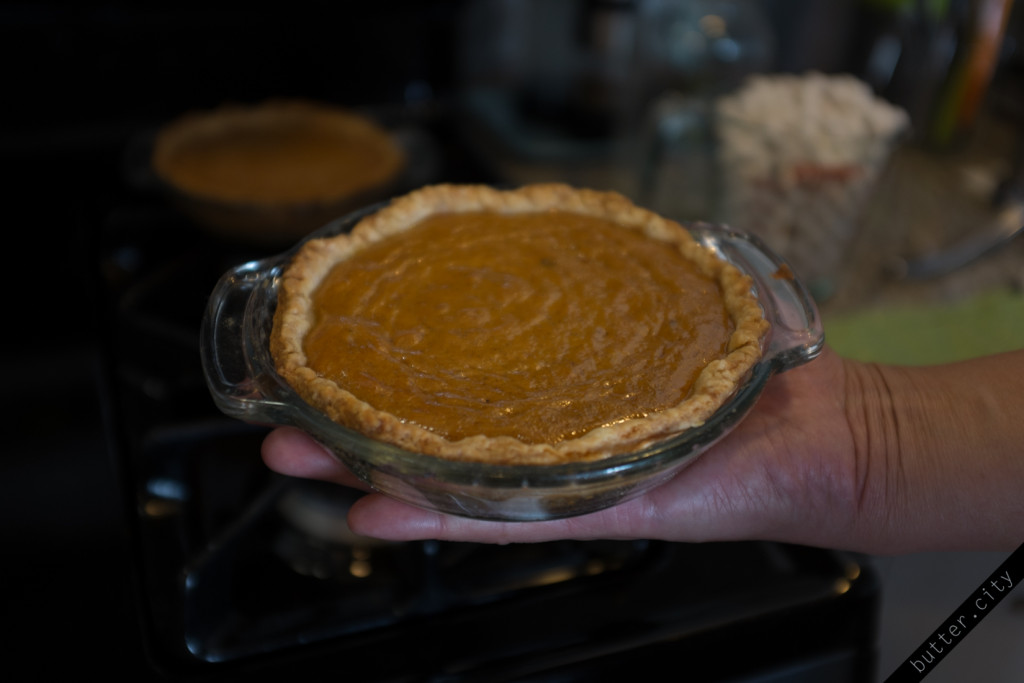 ‘Tis the season to be lazy – and make pies from cans, which turn out probably just as good as ones that took much extra effort. Guest baker Mike!
END_OF_DOCUMENT_TOKEN_TO_BE_REPLACED 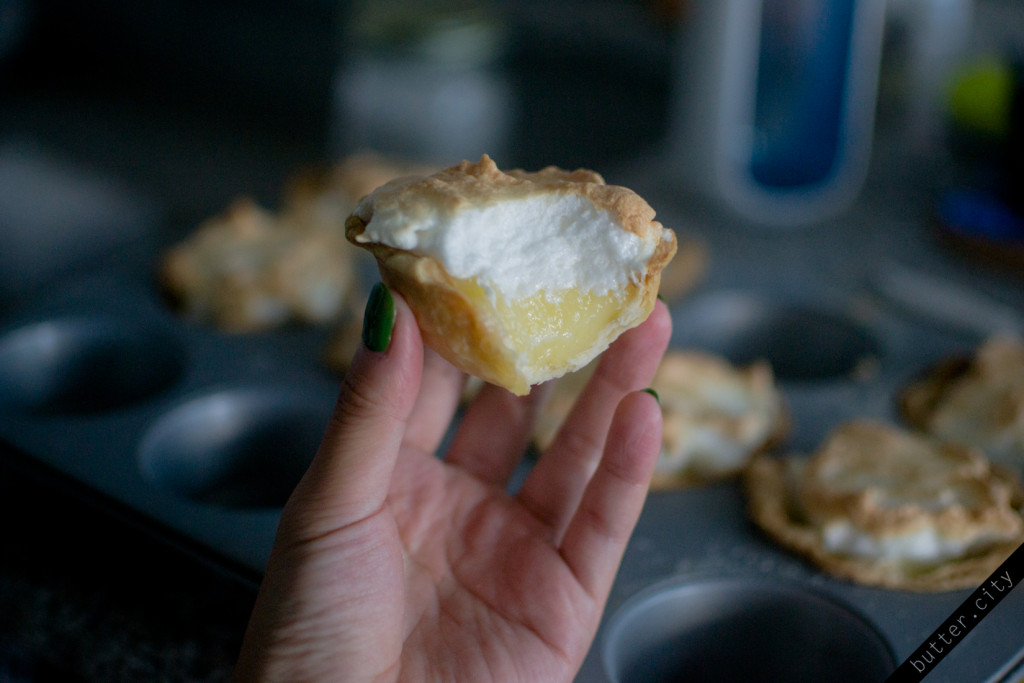 So ever since the beginning, meringue – oops, I mean lemon meringue pie – has been a part of my life. And now, in tart form, it will never ever leave.

END_OF_DOCUMENT_TOKEN_TO_BE_REPLACED 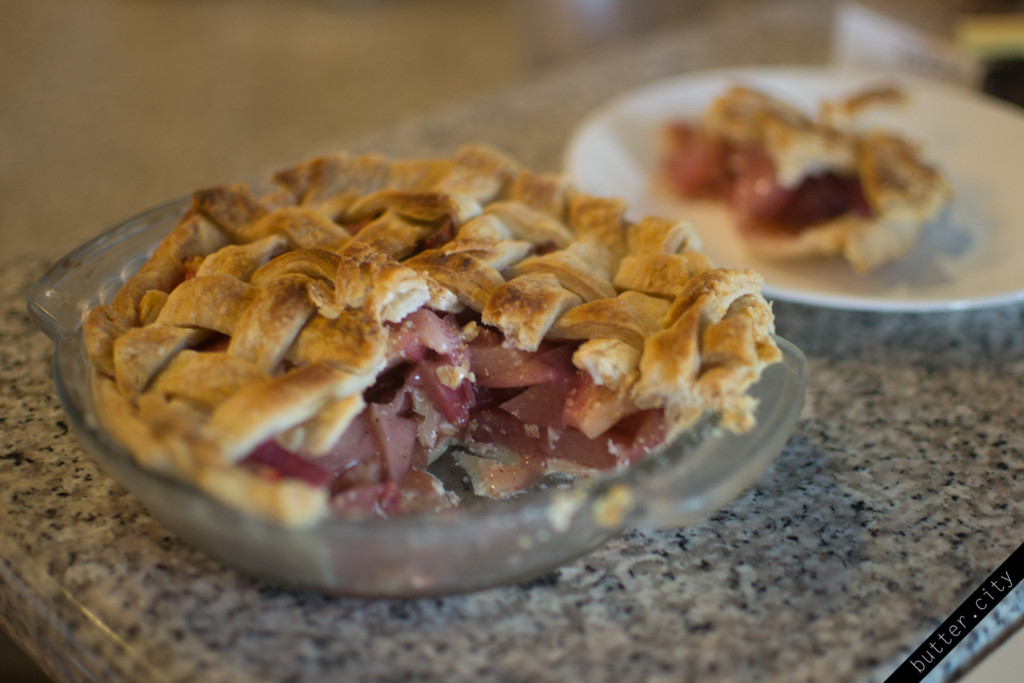 The thing about fruit pies is that you’ve got to get the right ratio of crust to fruit. Too much crust isn’t really a problem I guess, because everyone loves a good pie crust. But too much fruit and you’ll be drowning in sad bites of soggy fruit without any crunchy crust to go with. That’s one of the reasons why these small 6″ pie pans work so well – the smaller volume of fruit is guaranteed to not overwhelm the crust.
END_OF_DOCUMENT_TOKEN_TO_BE_REPLACED 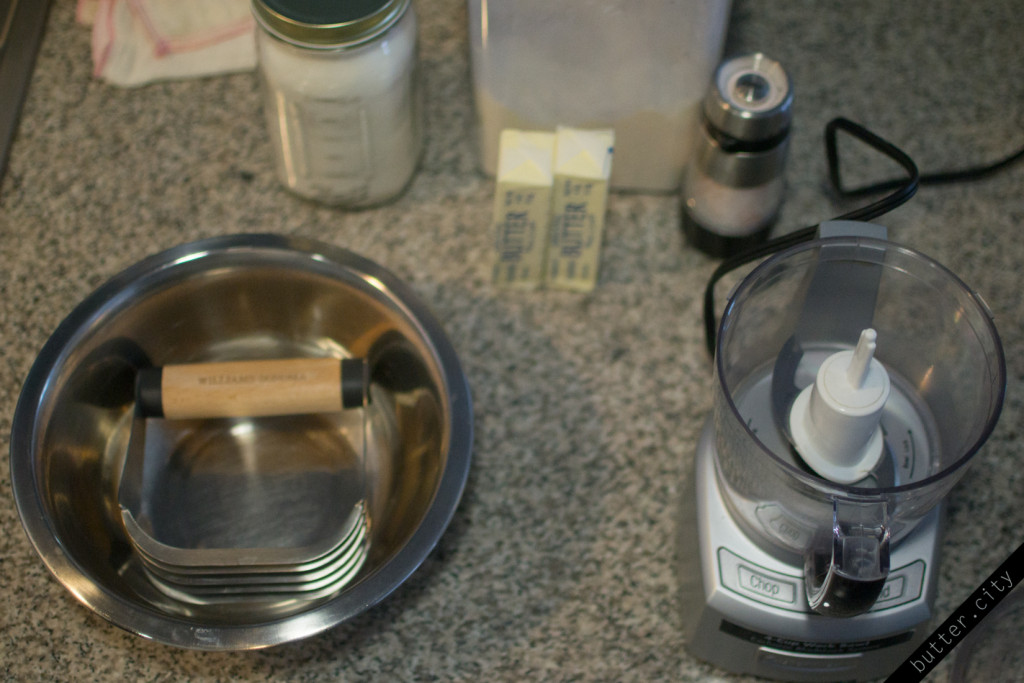 I’ve been using my trusty food processor to make pie crusts for a couple years now, and love how easy and quick it is. But there were always lingering questions at the back of my mind – is an OG pastry blender better? Does a food processor over-blend? Could my pie crusts go from consistently delicious to consistently WOW???

I needed the answers. So I staged a comparison test.